Music is one of the many things that inspire me. There are so many things that I can write about music. Everybody listens to music, but not everybody listens to the same kind of music. I like to listen to rock, hard rock, metal, and rap rock. Music can make you relaxed or music can make you energetic. They can make you happy or sad.  They can even educate you or calm you down. Music can do a lot of things. It has come along way from sending messages through drums. I wonder what the next adaption of music will be.

Art is one of the many ways people have expressed themselves. It has also been used to show events before there was an alphabet. But art is not just pictures; it can be any creation on earth. Everything that sits on this planet is designed by somebody so therefore it is art. Until a few years ago, I didn’t know that I could draw any better than the average person. One day in elementary school, I drew an old New England university. It was a very good drawing. From then on I have gotten to be better and better at drawing. 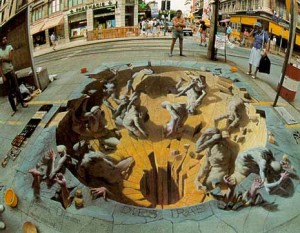 The Simpson is one of the longest running series ever. Right now they are on their 24th season. They are also my favorite cartoon series. One of the reasons that they are so successful is that they do their own drawings. This way they don’t have to hire anybody because Matt Groening is a very good cartoonist. And the other reason is that they also do their own voices and humor so they also don’t have to hire anybody. Now they are sitting in a pit of money and churning out episodes like a vending machine. Even if they lose all their money, they can still make episodes. They are the best cartoon show ever. 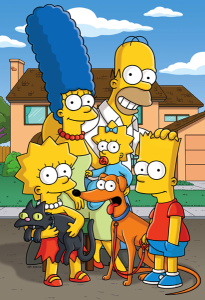 In twenty years I plan to have gone to college and gotten a masters degree in art so I would be able to become a video game designer. I also plan to take over my father’s business. I want to have a home already because apartments are a waste of money. I think that in twenty years I will have done enough with my life to say that it was not a waste of time.  So when I am about thirty two I plan to have two dogs and an iguana. Iguanas are cool because they can grow up to be about three feet long and one foot high, I thought that was cool and I want one now but my mom wouldn’t let me. I also plan to have a two story house in the suburbs, not in some rural area, but I do want a place out of the city to kind of escape to somewhere quiet and peaceful. I want to be in a garage band as a way to get my self esteem off. I plan to be married and have two sons and a younger daughter. I want to have a big pool with a diving board and volleyball net. My backyard will be two square acres. I will also have an R.V. to travel places. I plan to stay in Texas and never move away because this is where I was born. That’s where I’ll be in twenty years.